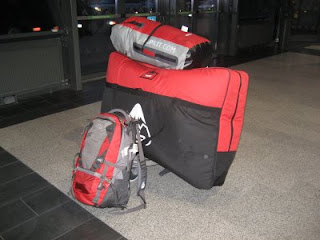 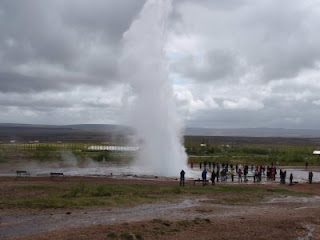 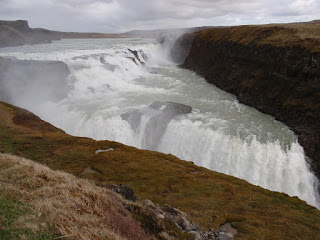 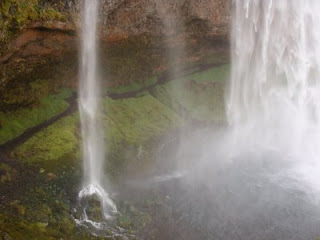 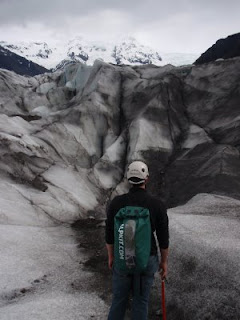 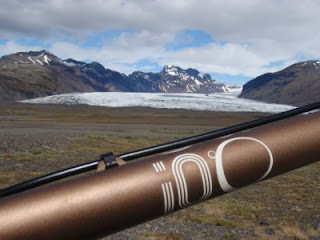 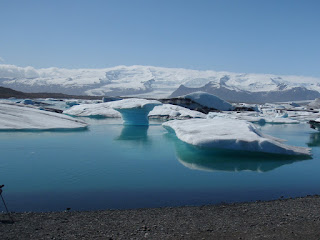 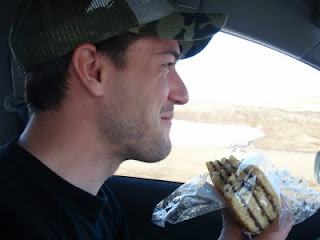 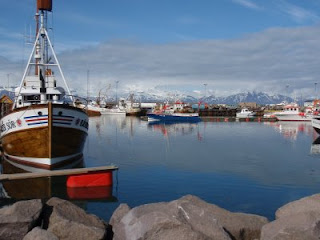 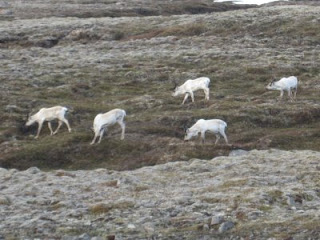 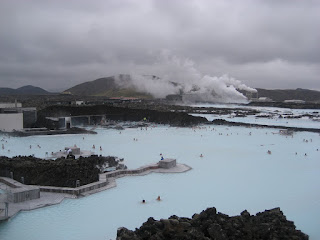 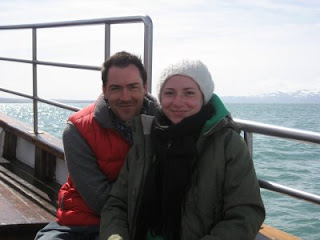 Iceland roadtrip - the words and riding

All through my life i have had a keen interest in geography.. well maybe not a keen interest but i understood the subject and it came easy so i followed it right through to degree level.. and not this human/political geography either.. no rubbish demographics i mean proper geography.. mountains and stuff:)

It is inevitable that if you study geography then at some point you will use a case study or some images from Iceland.. the place is crazy looking with its glaciers, volcanoes, mountains and vast pan flat lava fields stretching out to the sea... and its growing too.. this is an island moving forward ( well more sideways).. sitting on a boundary between two of the huge jigsaw pieces that make up the surface of the earth which are moving away from each other ( its a divergent plate margin.. i'm not a geek).

This 'active' landscape has been a place i wanted to visit for many years.. as a mountain biker it looked like nirvana with so much scope for riding.. the only downside to this great place is cost.. with little natural resource apart from the rising heat from the ground which provides free hot water and in turn power they are left with importing most of their goods and this in the past lead to them being pricey but along came a global economy crisis and with it the crashing of Icelands national economy leaving very many embarrased uk councils trying to extract their money from failing Icelandic banks but also leaving the average man on the street an opportunity...

I assume that Iceland is having a greater push to draw on its natural beauty and bring more tourism into the country as prices have come down.. and down alot.. the flight we booked from Manchester return cost only £153.. with the flight booked myself and Grace.. well Grace mostly .. okay Grace totally.. planned a roadtrip around the entire country hitting every tourist attraction we could.. shaving cost by camping and with that also taking most of our own food as we didn't want to chance that food was still a costly item.

Our Flight out was in the evening with a planned arrival at the first campsite in Reykjavik just before midnight.. at check in we discovered that although there was unlimited allowance on my bike bag in terms of weight.. no one item could weigh more than 32kg.. so we quickly repacked meaning i had to check in the tent and a wheel seperately.. al faith faith was placed in careful handling by airport staff to get my new wheel to Iceland safely.
As we flew north it began to get lighter!! very strange at first but expected as this far north and in the summer the experience only maybe 4-5 hours of darkness a night going down to 3 hours on the longest day.. in fact for the entire week we were there apart from our first night we never saw darkness.

Landing we wrestled all our gear to our hire car.. Toyota Yaris which was instantly adjusted to ''no back seat, maximum luggage room' mode.. and a bike bag.. 2 large rucksacks and some smaller bags were packed.

At this point i'm not gonna string out a wordy blog post about every day as it would be very lengthy. instead i'm gonna post a first on this blog.. a picture diary.. hopefully straight after writing this.
What i will write about is the ride i did when i was there... unfortunately it is singular.. although Iceland has the most potential for mountain biking they are not really utilising it to its fullest so don't expect any trail centres or waymarked trails... in fact i had given up all hope of riding with everytime of asking where i could ride at a tourist information point being a negative response... until we got to Myvatyn Lake.. the tourist info response was the same.. 'No these are only hiking trails' .. so i probed a little further being now desperate to ride... the sun was out and i had seen a big crater in the distance .. ' so its illegal to ride them???' .. ' not illegal.. just err... frowned upon' .. only frowned upon!! if only i had known this earlier.. i don't mind a bit of frowning.. hell we get that in the UK when we are on perfectly legal trails.

Quickly got changed and Grace settled in with a book... it was only a short route so maybe 2 hours of riding with the highlight being riding to the top of a crater.. we don't have too many craters in the UK so you gotta take your chance when you can..

The first section was awesome.. pretty flat flowing perfect singletrack.. through a lava field!! .. slightly sandy to very sandy but with so much to pop off and rail and the singlespeed was spinning out nicely.. felt so good to be on the bike and getting involved with this great landscape.. i didn't feel bad about riding this hiking trail as i kept well to the trail and to be fair its made from rock so erosion really can't be an issue.. i came across a group of volunteers maintaining the trail.. with hammers and chisels!! they were more confused than irate to see me riding it. 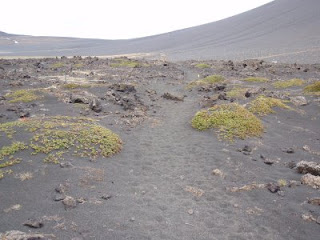 i expect i may have bagged the first singlespeed to summit this crater.. 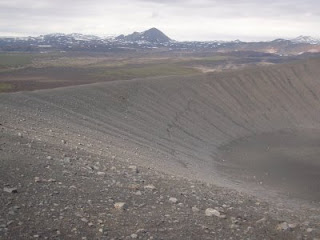 what a view point.. 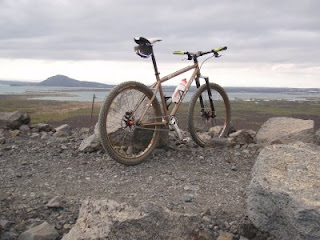 I rode a really nasty cross wind round the edge of the crater anti clockwise in anticipation of a great descent only to be let down.. the ascent skirted up and across the crater whereas the descent was straight down the side with a series of unrideably tight switch backs constructed from pegs and string.. oh well... from this i entered a volcanic 'sculpture park' loads of crazy little stacks and arches.. a climbers dream i would imagine.. this was more super tech singletrack almost trials in places but the dry rock providing so much grip you could really attack everything.. back onto the road and back to meet Grace.

What an amazing little loop... great scenery and awesome singletrack... so much potential and the man that taps into it will be very rich.
Posted by paul.e at 09:54 1 comment: