It is official... i am super pleased to say that i will be supported by GENESIS Bikes for 2009 in whatever stupid endeavours i can get myself involved in...in fact thats exactly what they want from me.

The deal is this... i get the bikes, the kit, the spares and emails of kind words telling me how much they love me and in return i have to put their bikes in the stupidest places that i can imagine... this year although racing endurance events is still near the top of my list the priority for me is to long distance, big days in the saddle, nights in the bivvi/tent and visiting as many new places as i can manage/afford...

I have a new found desire to find out how far i can take my cycling.. racing i am still keen to get involved with as the 12/24 hour scene has some great characters and on the whole n excellent atmosphere amongst the solo boys.. but my new found passion is big days riding.. i wanna extend this into big weekends riding with the aid of bivvi/tent and camping equipment.. then mid way through this year i am to venture into the land of trekking/wilderness mountain biking cutting my teeth with a 2 week solo venture into central asia.

As shown in previous posts the first new addition to the bike collection and my race bike for this year will be the excellent Altitude... ti framed.. soon to have 100mm travel front end.. amazing xt disc brakes ( these are hard to beat).. this bike is a blast and has already seen some quality saddle time.. 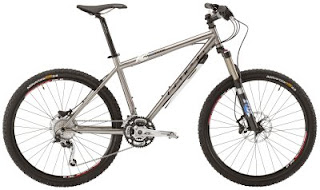 The second bike is a singlespeed.. IO... i am a big fan of singlespeed riding.. in winter i think for most people who ride as much as i do on a budget its the only affordable means of doing it... they are so low maintenance.. great for building your base fitness and really help you pedal well.. this bike i will race when the course is flat or crazy muddy... it will also be the back up bike just in case all goes wrong with my ti.. 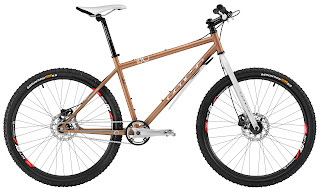 .. the stock bike has already been treated to carbon rigids and some low rise riser bars and i'm looking forward to Hit the North 1.5 to ride it in anger.

This leave the small issue of renaming my blog... its hardly a shoestring affair anymore.. i will give it some thought over the next week... any suggestions helpful.


Big thanks to James Olsen @ Genesis bikes for putting this great deal together and giving me the opportunity to push my riding further this year... i have big plans.. big ambitions... its gonna be a good year.
Posted by paul.e at 19:24 5 comments:

There will be Ice

Training is coming along nicely with some consistency back into my approach to riding, i struck lucky with Christmas week being my first scheduled rest week so it was alot lighter which was welcomed not because i needed a break but i spent the holidays at my parents in Newcastle.. briefly returning to Manchester to pick Grace up.. so with all the traveling it was difficult to get access to a gym and carry all the bikes i needed.
With only short rides, running and a few gym sessions an invite from Mr Rothwell to go check out another section of one of his big challenges this year was welcomed... always a good chance to block some hours in the saddle in good company and get a king size beasting from a seriously quick rider... quickest way to improve is to ride with others much faster than yourself.
The venue was the Yorkshire Dales.. Reeth to be exact as the starting venue with a view to ride part of Rich's challenge on the Saturday and then a shorter play ride on the Sunday.
Up early on Saturday morning and drive the 125 miles from Manchester to Reeth for 9am meet... the day started disappointingly with nowhere open for a pre ride coffee so nothing left to do but get changed and get on with it.. temperatures were low so all kit that could be worn was worn.. the aim of the day to ride to the Tan Hill pub and a little further beyond then turn round and come back.
Bike built up i noticed that my rear brake was far from optimum, i knew my pads were worn after the peaks ride but with all travelling i hadn't got round to swapping them and with no spares i had no choice but to ride with only really a front brake.. and here is Rothwell pulling a shiny new fully Xtr equipped Iron Horse bike that he will be campaigning on this season.. he is quick enough on his old Cove so i knew i was gonna get a proper kicking even though he professed to wanting to take it easy.
Ride started with a horrible long road climb with more than its fair share of false summits... something that typifies the Dales.. your just never quite at the top.. 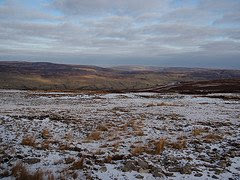 already on the road were patches of Ice, after a heavy few falls on black ice a few weeks back i now have a massive complex about the stuff. 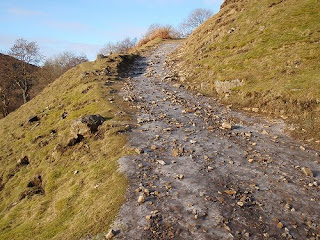 The ride was really the same mix of wide frozen snowy bridleway punctuated with large sections of unrideable sheet ice...
The ride out to Tan Hill seemed to be just one long climb.. the frozen ground made what would normally be boggy hard going alot easier.
When we got to Tan hill pub as we had missed a good breakfast a good dinner was the order of the day.. although the food was welcomed and the temporary warmth the downside was having to go back out and ride.
Both myself and Rich could hardly turn a pedal it was so bitterly cold.. my muscles were refusing the function and feeling in hands was quickly lost as we started straight after lunch with a downhill into the wind chilling us.. we road a few miles of road to check out the last section of today's route then decided to start heading back. 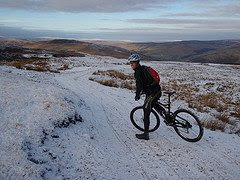 Not long into the return leg Richard noticed that the rear shock on his new bike had decided it had had enough and collapsed leaving him with a totally deflated shock and to boot a very low bottom bracket and ridiculous head angle..
So after all the climbing he had to reign it in on the descents we could ride and couldn't hammer it as for some reason my front brake to compensate had gone really sharp and was locking up on the snowy downhills making for interesting riding... disappointing.
Just to make it worse i then punctured on a downhill to then notice i had put a 4 inch cut down middle of my tyre which was surprisingly still containing the inner tube.
Only thing left to do was abort and take to the road and head back to Reeth.
7 hours of riding completed... 2 bikes broken.... only thing left to do was get sorted changed and enjoy a much justified pub dinner in which Rich had to concede that although he may be a faster rider he has alot to learn when it comes to speed eating!!
Next Rothwell/Errington mission is set to be north york moors.. hope its warmer.
Posted by paul.e at 20:12 No comments: