From Berwick to Tynemouth ... a day out at the beach.

I was born and raised in the North East of England, Newcastle to be precise though anyone who knows me wouldn't place me as a geordie with my softened accent from varying stints in other parts of the UK.

One thing I was always certain to do when I found myself not living in the North East is when visiting my parents I would always drive to Newcastle via the Tyne Bridge and before visiting anyone else I would take a drive to the coast to take in the beaches and coastal vistas.

The coastline in the North East of England is spectacular and sparsely populated, even it seems at times rarely visited. For a long time the idea of a coastal ride from Berwick Upon Tweed back to Tynemouth has sat dormant, suitably fat bikes came and went but the opportunity never arose to get the ride done.

During the winter while training on my Ari fully loaded in wet and cold weather the idea of a warm, dry and sunny day at the beach was a motivator and after getting back from Rovaniemi 150 a date for the 'Day at the beach' was set.

It wasn't too hard to convince Richard Elsdon of the merits of this ride and so we found ourselves on a Friday after work on a train to Berwick fat bikes packed as light as we dare with just enough to stay out one night and then a long following day back home.

The night prior to the ride was summed by petrol station dining followed by a farmers field bivi whilst taking in some excellent beach riding at dusk from near Berwick to Holy Island.

The following day after a brief spell of cold and rain the weather opened up to the vision I had had during those winter training rides .. dry (mostly), warm (ish) and very sunny.

The ride didn't disappoint and I think stands out as one of the best one day rides I have done to date and it started a mere 80 miles from my front door.

Shandalous ... Shaking down the Stoater ;)

What makes a bike ride well ?

I am sure there are many frame builders and industry types out there that can select a genre of riding and reel off the must have geometry and other small design subtleties that can play their part in devising the overall feel of a bike as its ridden.

As much as I appreciate the care and attention that goes in to manufacturing a quality frame I would be kidding myself if I thought I could hold any kind of meaningful conversation on the design and engineering that went in to its build.... I recognise form but struggle with technical function.

For me a bike just feels right or it doesn't ... my care and attention in build usually affords the culmination of a well thought out selection of parts that form a bike.  The fit is generally based on a bikes predecessors.  However, feel has already been predefined by the gods, the gods being those who command a frame design software package or better still a tig welder and keen eye for detail.

The gods at Shand sent me my Stoater back in November ... the build was started but then the pressure was on to finish a bike for Rovaniemi 150 and the Stoater sat 90% finished.

Soon after getting back from the Rovaniemi 150 the Stoater was finally afforded the last few parts to completion and then all that remained was a test ride.

I guess as most people I have a very familiar local loop that is the test bed for every new off road orientated bike, a nice mix of singletrack, gravel and road heading out to the coast to take in the views.

My first impression was this was a bike I had ridden before.  There was a distinct familiarity, an immediate comfort with the Shand, not just literal but also the way in which it allowed me to relax  in to the ride like a bike I had covered 1000's of miles on though I had barely covered a few.

As the ride progressed transitioning from trail to a road section and the bikes sureness under loose dirt then became ease of progress on road.  Unhindered by the resistance of the 38c tyres on tarmac there was a great feeling of efficiency.

I was and am suitably impressed by the Stoater, the potential for a bike that covers both trail and tarmac with ease is huge and now it seems my only limitation with this bike will be my time to get out and adventure on it. 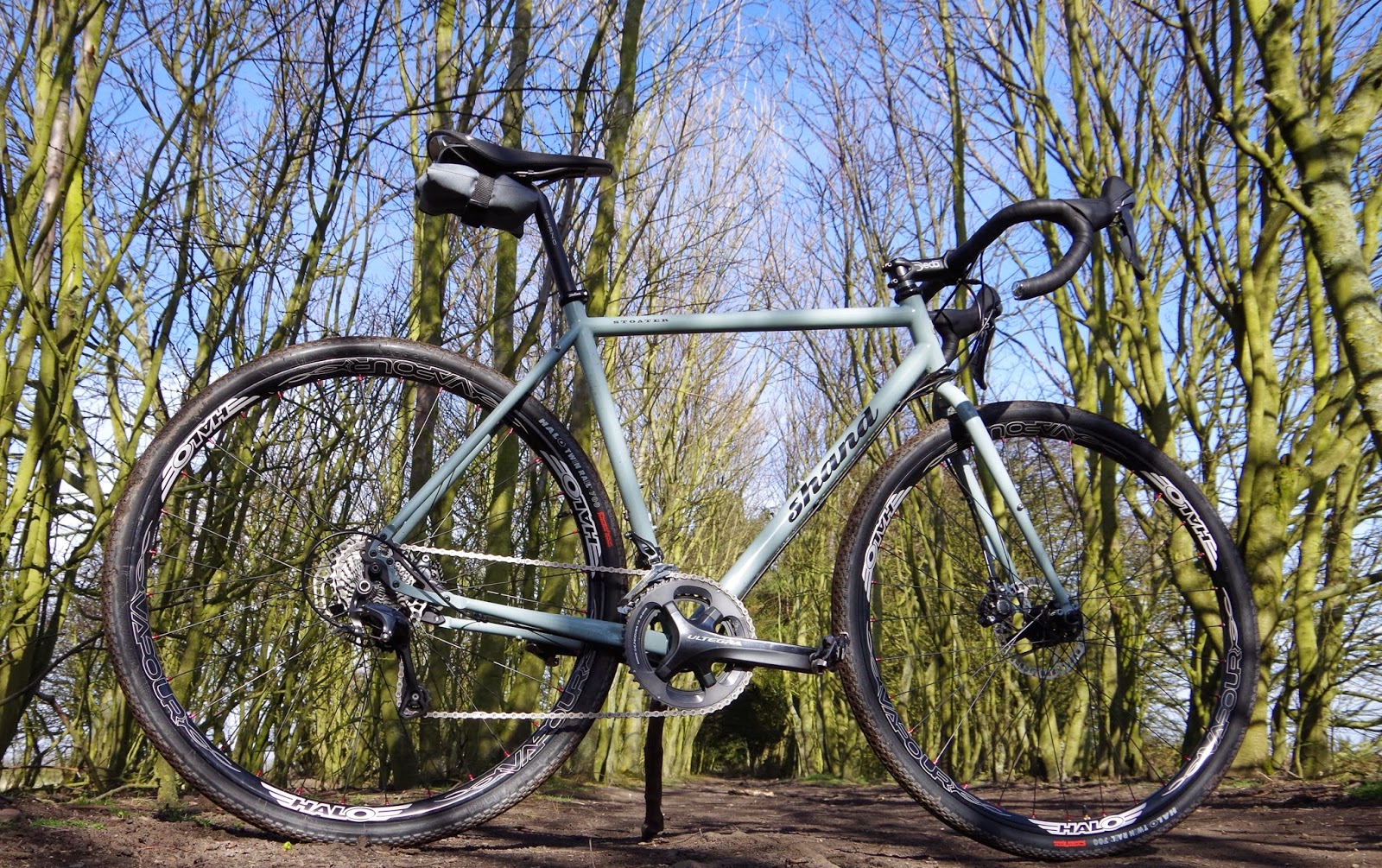 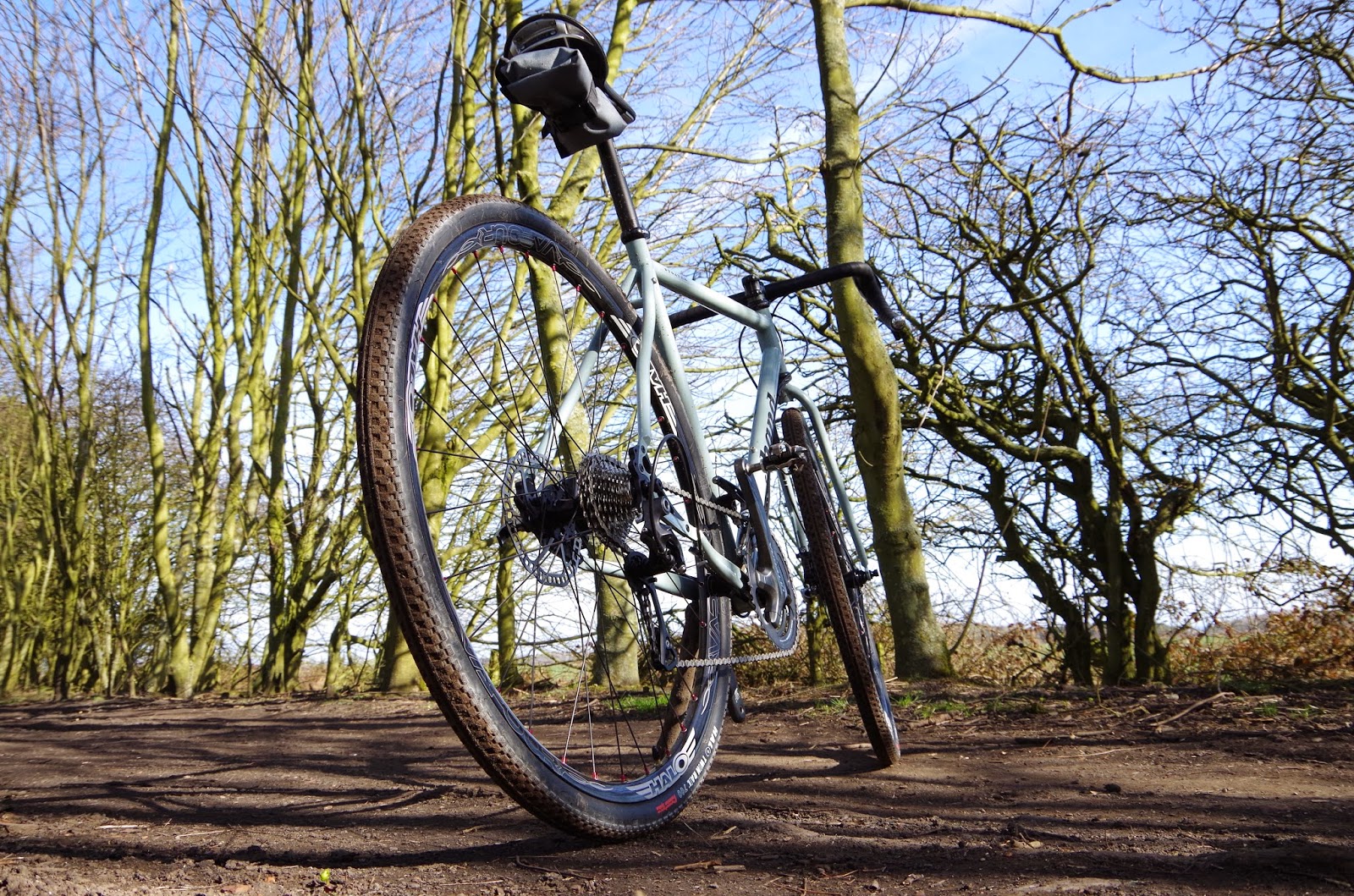 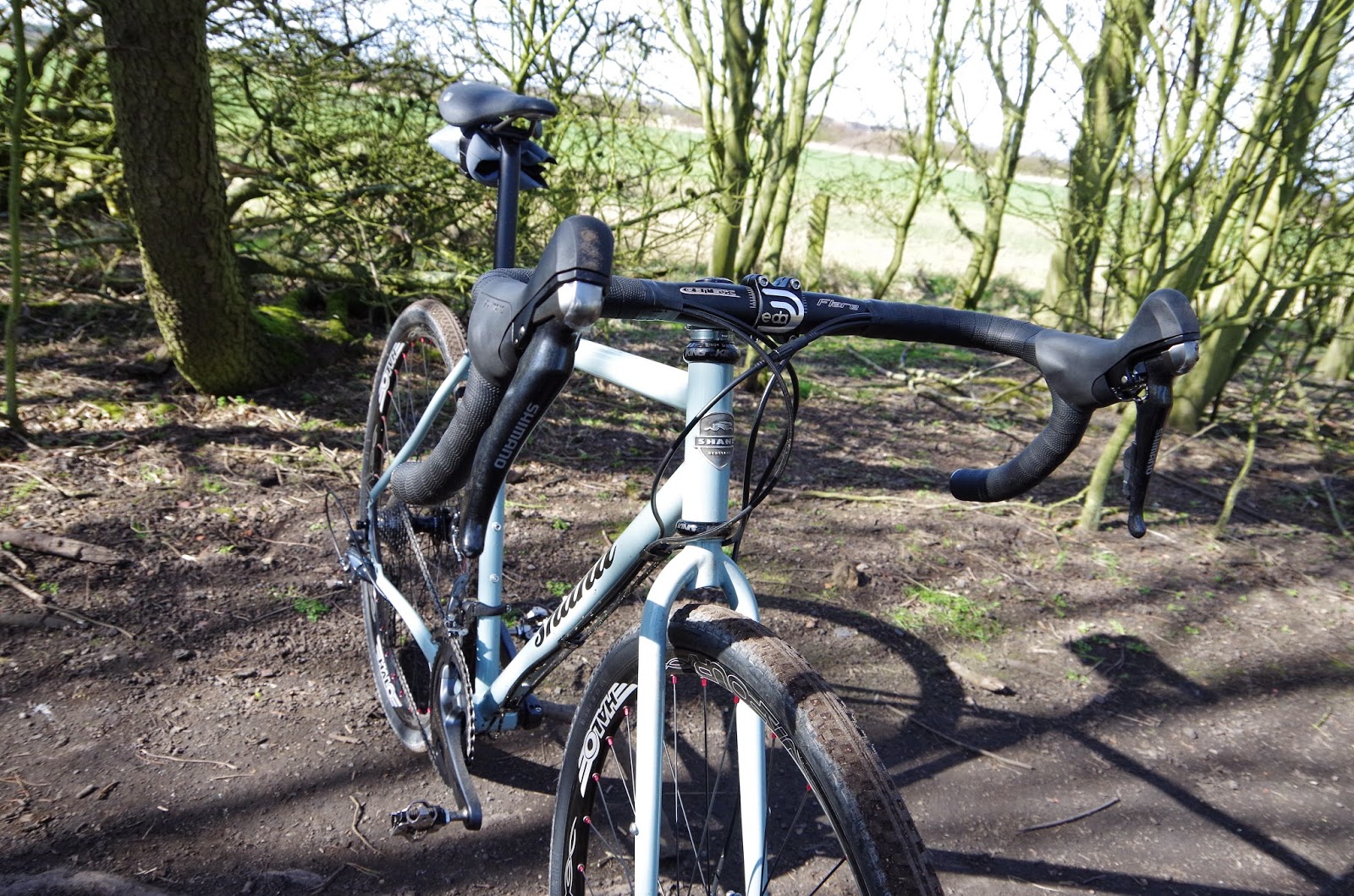 The Stoater is a bike made for on and off road and generous portions of each so my build had to reflect that.

Shimano Ultegra CX groupset to give a range of gears that would never see me wanting even when the bike was fully loaded and the path climbing up above me.  As a disc brake bike I chose the non groupset specific Shimano mechanical gear and hydraulic brake road set up.

Halo Vapour 29er wheels paired with Halo twin rail 38c tyres.  This combination is tried and tested and the same set up was used at Trans Iowa.  Reliability and comfort.

Brooks cambium C15 saddle.  This Brooks saddle being synthetic means that its perfect for on and off road while still remaining the now legendary Brooks level of comfort.

Many more miles are to be covered and blogs to be written afforded by this bike .. loving it already.

Special thanks to Mack Workshop for the excellent tool roll saddle bag.